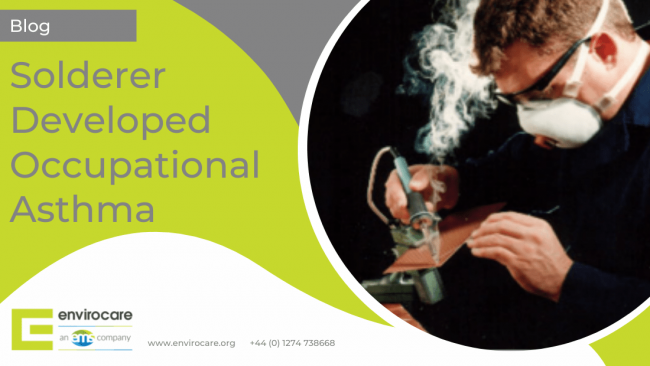 A Solderer Developed Occupational Asthma after working for a large multi-national company in Gloucester. He was employed between 1995 and 2004 as a solderer and was exposed to rosin based colophony) solder fume during his career.

His health was deteriorating from 1999 onwards, and he was taking time off work due to breathing difficulties.

The company did not have adequate control measures in place and failed to install fume extraction equipment to remove rosin based fumes from the workroom air or from the breathing zones of its solderers.

The company did not substitute the rosin based solder with rosin free solder until December 2003, despite an assessment having identified the need to in 1999.

Employees, including the asthma suffer were not placed under a health surveillance scheme at any time.

As a result of action taken by HSE the company was fined £100,000 with £30,000 costs. This attracted local and national media attention. You can read more.