Occupational Exposure Assessment for Hazardous Substances in a School 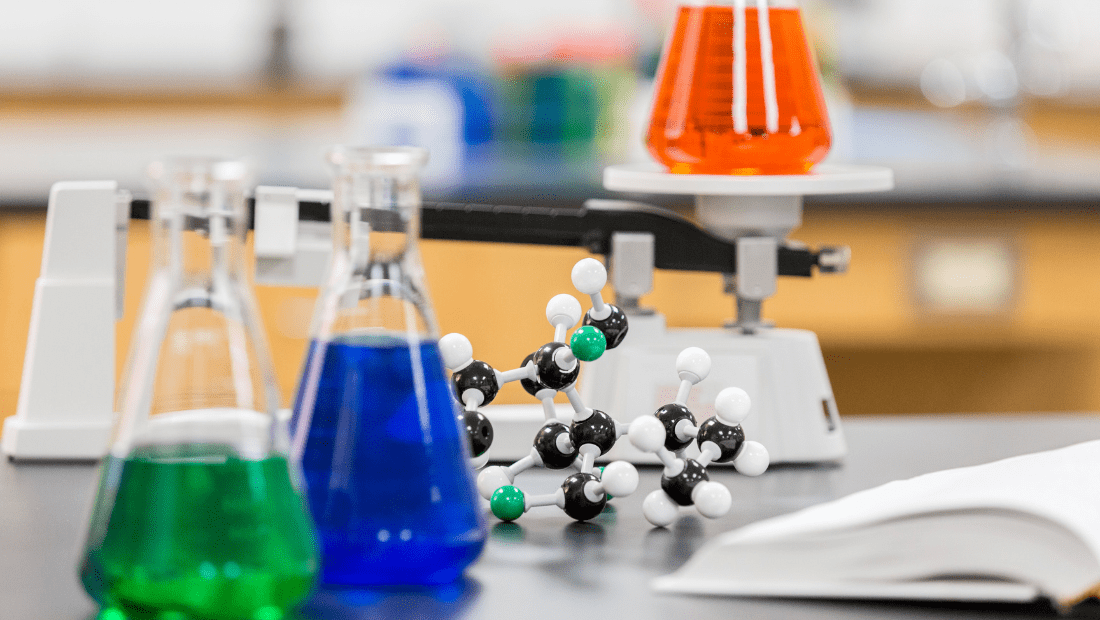 The technicians in the preparation room of chemistry department at a school had been complaining of narcotic symptoms such as headaches, nausea and drowsiness when carrying out work in the lab. The department used a large selection of chemicals, such as solvents, acids, bases and compounds. These were in a variety of forms, including salts and solutions. As well as the chemicals themselves, there was an array of laboratory equipment.

On the day of the survey, the students were carrying out a common organic synthesis of cyclohexane from cyclohexanol. Here cyclohexanol was reacted with phosphoric acid in toluene and heated to form cyclohexane and water. This was all done on a bench in the classroom, with no control measures such as Local Exhaust Ventilation.

The staff worked longer hours than is typical for a school lab technician due to the school’s timetable. There were two technicians who worked in the preparation room, and a number of teachers each taking a class of 20 students.

The chemicals were all stored in a fume cupboard if necessary, which was in working order and recently tested. However, as shown in the picture below, the cupboard was slightly open throughout the shift.

Once the experiment was underway, there was a distinctive odour of toluene throughout the chemistry department. Even after a short period, the technicians were complaining of headaches, unfortunately, the survey was carried out in the middle of winter, so natural ventilation wasn’t possible.

In spite of these poor housekeeping practices, the levels of solvent and acid fume exposure were insignificant at around 3-5% of the relevant Workplace Exposure Values. A number of recommendations were suggested as part of the occupational exposure assessment, including:

Envirocare is an accredited Stack Testing and Occupational Hygiene services provider with a team of expert consultants.

Call us on 01274 738668 or fill out our Envirocare Enquiry Form for any queries regarding any of our accredited Environmental and Occupational Hygiene services.