Diesel Engine Exhaust Can Cause Cancer 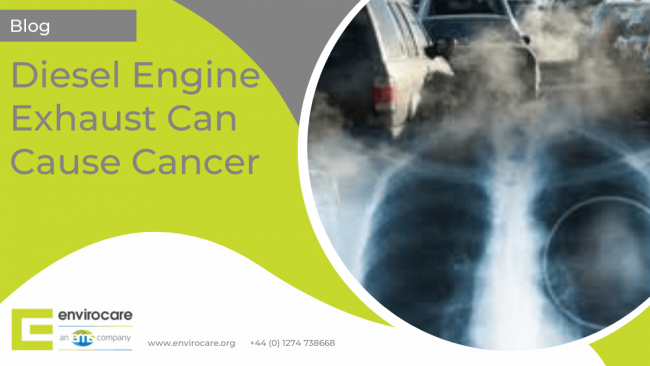 The World Health Organisation (WHO) have concluded that Diesel Engine Exhaust Can Cause Cancer and have been classified as carcinogenic.

The IARC had previously categorised diesel exhausts as ‘probably carcinogenic to humans’. The updated classification follows the findings earlier this year of a US study of occupational exposure to such emissions in underground miners, which showed an increased risk of death from lung cancer in exposed workers.

The IARC also warns that people are not only exposed to motor-vehicle exhausts but also to exhausts from other diesel engines, including other modes of transport, such as diesel trains and ships, and from power generators.

“Given the additional health impacts from diesel particulates, exposure to this mixture of chemicals should be reduced worldwide.”

Dr Christopher Wild, an IARC director, called for more action to protect populations from the risks of diesel fumes. He said: “This emphasis is needed globally, including among the more vulnerable populations in developing countries where new technology and protective measures may otherwise take many years to be adopted.”