Air Pollution In Europe And UK Is Still Harmful 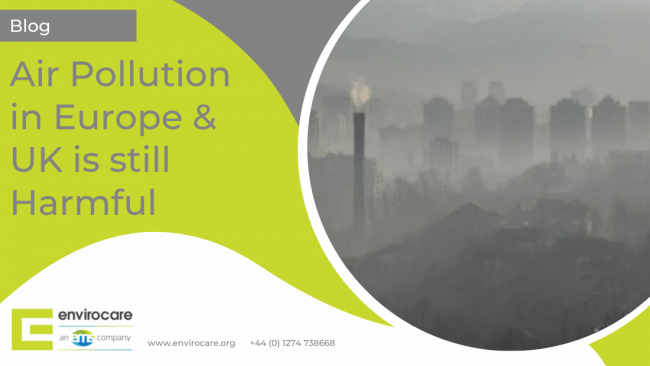 The 2013 European Air Quality Report issued by the European Environmental Agency has revealed that tiny airborne particles are still posing a significant threat to peoples health and the environment across Europe and air pollution needs to be measured and reduced as a matter of urgency.

The European Air Quality Report did however state that the emissions of a number of pollutants, including sulphur dioxide, lead and carbon monoxide had already been significantly reduced since the last report.

The executive director of the EEA, Hans Bruyninckx stated that considerable progress had been made over the last decade to reduce the visible signs of air pollution and smog that riddled some of Europe’s larger Cities. However, he added: “Air pollution is causing damage to human health and ecosystems. Large parts of the population do not live in a healthy environment, according to current standards. To get on to a sustainable path, Europe will have to be ambitious and go beyond current legislation.”

The latest report concludes that more than 90 per cent of people living in cities across Europe are exposed to levels of air pollution that are above global guidelines set by the World Health Organisation. Air pollution across Europe is still high enough to damage both human health and the environment. So more needs to be done.

Vehicles, industry, agriculture and homes are all contributing to air pollution in Europe with particulate matter and ground-level ozone being the main sources for concern. However the problem doesn’t just arise in major cities, as some rural areas also have significant levels of air pollution, the report notes.

Envirocare have been involved with several success stories by monitoring, sampling and helping cut emissions of air pollutants in the UK via expert services such as Testing Ambient Air Quality, Stack Emissions Monitoring and their latest accreditation in Bioaerosol Monitoring.